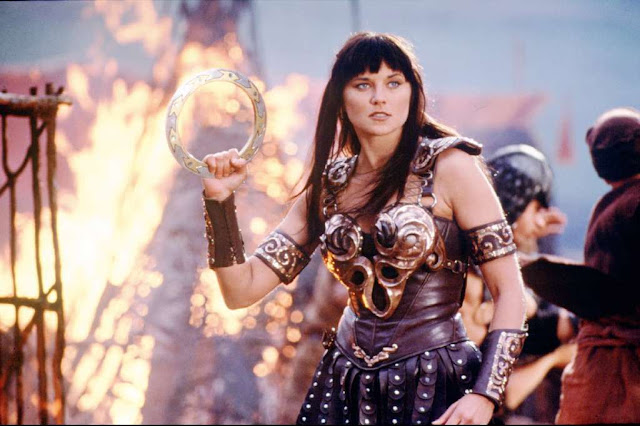 I decided to make my next childhood dream come true and become Xena. So I started drawing patterns for her cosplay and during my research, I’ve learned a lot of important tips regarding chakram, it’s proportions, use and look.

Those tips are following:

2) Decorate your chakram in style!

Also – the shiny round things on the chakram are paua shell round cabochons in green and blue, so if you want to be as accurate as possible, buy paua shell!

You can find it HERE on ebay 😉

If you want to be more original, there is another version of her Chakram in the series – it’s called Splitting Chakram and it’s the most badass thing imaginable – it looks like Ying Yang sign and it could be disassembled in two parts and use as dual wielded hand weapon. BADASS!

Be careful about the rectangular pattern on the Chakram, because even her original merchandise had it wrong! It should NOT look like the chakram on the pic below!

And here you can find a tutorial how to print pictures on normal a4 page to align nicely to each other https://www.youtube.com/watch?v=9r1-uz1MuhU