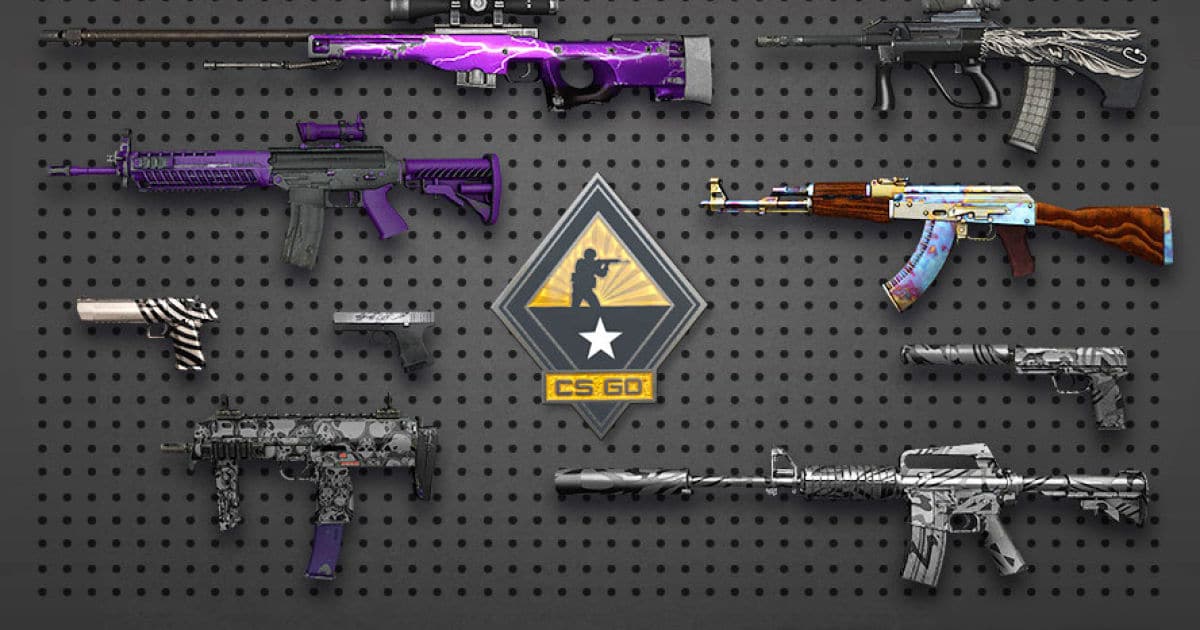 It has been a long time since Valve started making skins for CS:GO and still there are some not publicly known facts about skins. Not too many people know, that there is a way you can buy a good looking weapon skin a lot cheaper than you think, and that there are some fundamental things you have to know before you buy any weapon skin on the steam market.

There has been written a lot about skin patterns, expecially about the knife skin patterns. I would like to write about  some basic knowledge about patterns, rather show some examples on weapons i found on steam market and show you some funny patterns i found on the internet 🙂

What is a pattern?

Pattern is a texture, from which are some of the skins randomly generated. What the game does is move the skin up/down/left/righ in any direction, thus making it look different. So this is the reason why two skins with same quality and exterior can look different from each other.

Some skins tend to be more diverse than others. To the most diverse skins belong rainbow skins like Case Hardened, Fade, or Doppler. Second category influenced by patterns are the skins with irregular texture like Slaughter, Sandstorm or Hypnotic. By selling/buying these skins you have to include their pattern into the value of the whole weapon.

Let´s take a look on some examples of some of patterns I mentioned. I would like to show you some examples of the rarest patterns, of the patterns I personally find beautiful and patterns, that are somehow special or funny. The price is changing more by the rare weapons like AK-47 and knives, by other weapons like Sawed-off shotgun or Galil AR is the pattern changing the price just minimally.

You can find these patterns on AK-47, FiveSeven and a lot of knives.

The most wanted and rarest pattern you can ever wish on both AK-47 and FiveSeven (and knives) is the blue pattern. There are players willing to pay a lot of money for pattern like this. These blue Case Hardened skins are often called Blue Gems.

Second rarest pattern you can find on your AK-47 Case Hardened is a gold pattern. This is the only full golden AK I´ve found and there are people willing to pay hundreds of keys for it. I personally don´t find this AK attractive, but there is a tradition in finishing weapons gold and people just love it. Sometimes the gold color of Case Hardened skins can be mistaken for silver, that belongs to the cheaepest colors. And be careful – golden knife pattern are not so desired as blue or galaxy patterns, the golden color is desired most on AK-47.

The least desired pattern of all is the silver pattern, sometimes mixed with gold and smaller blue spots. It’s the most common and the ugliest pattern you can find.

If you´re buying FiveSeven or knife, the cheapest skins are nearly always silverish. Be careful not to mistake a silverish pattern for a golden pattern!

These were the patterns ordered by their desirability. So it´s not an objective factor, because some people love silverish pattern, or they are willing to pay more for some specific pattern (blue barrel, gold magazine, …), so it´s nothing you can anticipate. This guide is only trying to point out specific patterns, that can be worth a lot of money.

There are lot of different fade patterns on the steam market: Fade, Amber Fade, Acid Fade and Marble Fade I will show you some examples of their rarity.

In case of these weapons, the more fade is showing (more colors), the more valuable the skin could be. You can see there is only one or two colors on the left picture, on the right picture, we could see three and more colors and that means it´s more valuable and if we find the right buyer, we can sell it for more money.

I´ve found a lot of pattern examples for FiveSeven Kami. Apparently the rarest skin you can get is the one, that resembles naked female parts on the back of the weapon! Just look at the picture:

Sandstorm pattern is one of the most diverse patterns in the game. You can find three different types of this skin. Gold, purple-gold and purple. The rarest of these is the one, that is completely purple.

It could be quite surprising for some to find out about Slaugther knives and their most common known pattern. I´ve ordered them from the most common (zebra) to the rarest (diamond):

9) Heart and Dogbone in one knife

11) Diamond in the center and heart on the bottom

The value of the Crimson Web skins for knives depends on the amount of web centers in the pattern.

I´ve ordered them from the most common (no web) to the rarest (3 or more webs). As a matter of course when there are 2 webs on larger knife like Bayonet, it´s definitely not so rare like 2 webs on the smaller Karambit knife.

By buying/dropping Doppler knife skin, there are 7 color options you can get:

Clean purple color without any black, blue or red hues.

FiveSeven Nightshade (shape of a heart) and Desert Eagle Hypnotic (shape of an eye):