Advantages of W09:
• in RTCW we have searched for secret areas – there were weapons, some health packs, food or drink (stamina). But whereon we needed the GOLD? For nothing.  In Wolfenstein 2009 we search for gold in secrets (some are not very secret) and then we can enhance our weapons by paying for the improvements at black market.
• The same is it with the notes we could read in the RTCW. In Wolfenstein 2009 we HAVE TO read it. It´s about the improvements of our weapons and without it, we can´t enhance our weapons.
• The new creatures and enhanced soldiers are really amazing.
• It´s not only going through the map, you have to think about your strategy by fighting, choosing the right weapon for the job and kill the most dangerous opponent or opponent, that is enhancing the others or making shield for the others…
• Very good atmosphere, you will be just scared (for example hospital mission – WATCH HERE  – ALERT – THIS VIDEO IS SPOILER) 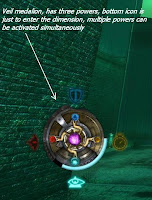 Disadvantages of w09:
• In Wolfenstein 2009 there is a very complicated manipulation, because of the alternate world. We have some ports, that allows us to go in this world. There are ports (veils) – one is only for walkng in this world (GREEN color), second allows us to shoot faster and the bullets are stronger (RED color), third port is making a strong shield around us (BLUE color) and the fourth is slowing the time, so we couldsafety go through traps for example(YELLOW color). Entering the world is for limited time, which is signalising by the blue matter in the medailon on the picture.
So the main disadvantage is very complicated manipulation with these veils (ports), especially for the older people (i think).

Something for you, historians of gaming:


and last round of Wolf3D  aka  „Eva, auf Wiedersehen!“


Liked it? Take a second to support GERMIA on Patreon!